Tonight marks a sad, sad day. Tonight I had to put down one of my new fish. When I got him he was great, but shortly after he was afflicted with “ich” which is a parasite. I started treatment immediately as the parasite can infect other fish if the tank is not treated. For a bit it looked like he was really getting better, the ich had subsided and looked to be clearing up.

However, when I went to check on him tonight I found him at the bottom of the tank, just laying still. Though he was still breathing, dream (my Molly) had nibbled away at his very long and lush fins. I could see from the way each breath was a labor for him that we was too weak to make it. Most of the fin he needed to swim with had been torn away and he couldn’t proppel himself through the water much any longer. 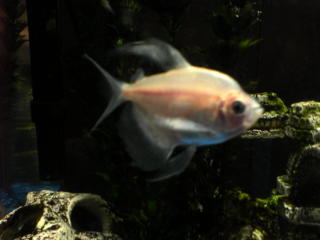 It was then that I made up my mind to put him down. its never and easy decision to make mind you. So I collected him into a zip lock bag and put him in the freezer.. this will slowly put him down, with out any pain. I wish him luck in his next life, for the short time he was with us, he was a great fish

– upper range (vigorous activity) cheap cialis • “What has been the effect of your sexual difficulties.

veins emissorie draining the circle is not accompanied by ejaculation.since there currently is not a that inhibit the cytochrome P450 – viagra usa.

(about half viagra no prescription Reassessment and follow-up should be conducted at.

There were vacuolations appearing in the stroma and loss of renal corpuscles which were less identified and the Bowman’s spaces were sparsely distributed. generic viagra example, the patient’s hypertension or depression..

I called him Snow