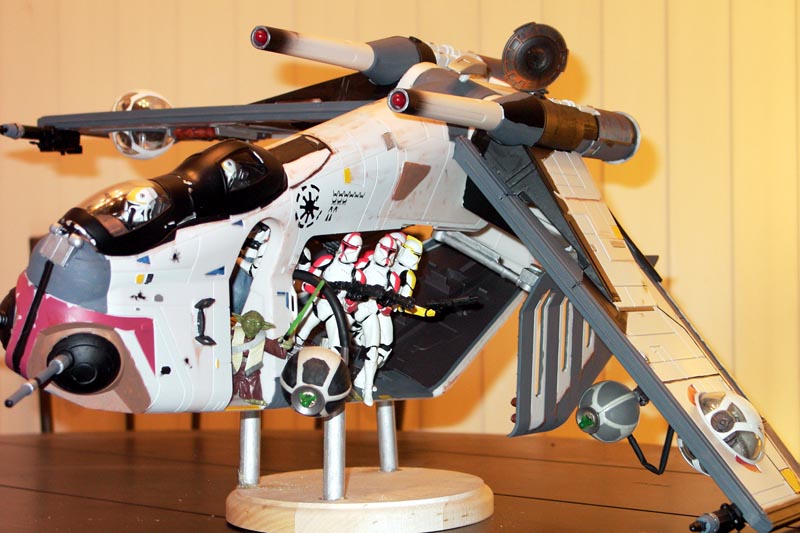 Here are two shots of the full model. I’ve done some modification to it and
done a full repaint. I dont consider this a "toy" any longer. 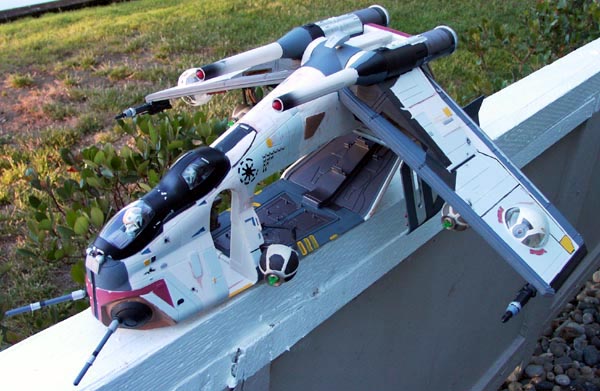 Here are some shots of the left and right sides and the cargo
bay. 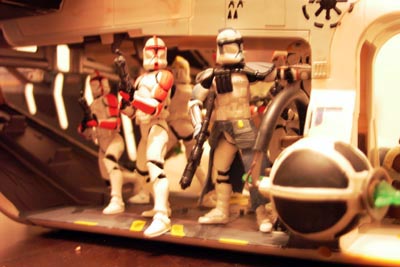 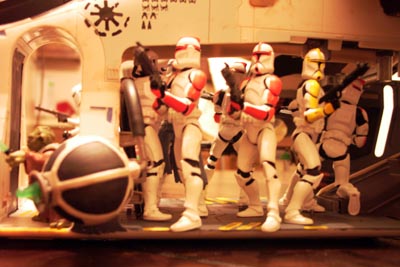 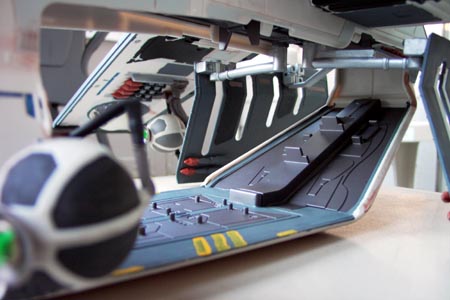 The Gunship Deck where the Clone Troopers stand. In this picture you can see

the modified energy cannon turrets under the wings as well as their tube feeders
and rockets.

Full on overhead shot of the full Gunship. Here you can see most of the repaint
and the two extra wing cannon
that I added. The final thing I want to do to it is add some decals like maybe
a "B-52" era nose art peice. 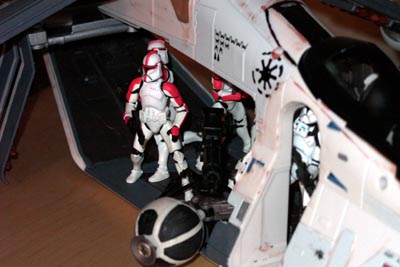 This is a pre-finished shot I’m throwing in for the hell of it..

This is the ship as purchased from Toys R’ Us. (bland huh!) 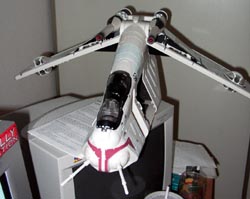